Hope everyone had a happy Halloween weekend! I spent it at home watching the Giants in the World Series! It is now 3 games to 1 so one more win and the Giants will take the title. I live in the San Francisco bay area and it is great to see the area going insane over the game. Kelly and I are racing the US Half Marathon next weekend in San Francisco so it will be awesome to be there if the Giants win and the parade is going on!

We were allowed to wear a costume at work on the Friday before Halloween. I actually forgot about it until I saw people setting up decorations on their cubicles on the way out Thursday night. I’m not one for dressing up in costumes but I really like to wear shorts and comfortable shoes. My brainstorming came up with throwing on a pair of shorts, vibram five fingers and a San Jose Earthquakes jersey and hat. Perfect! 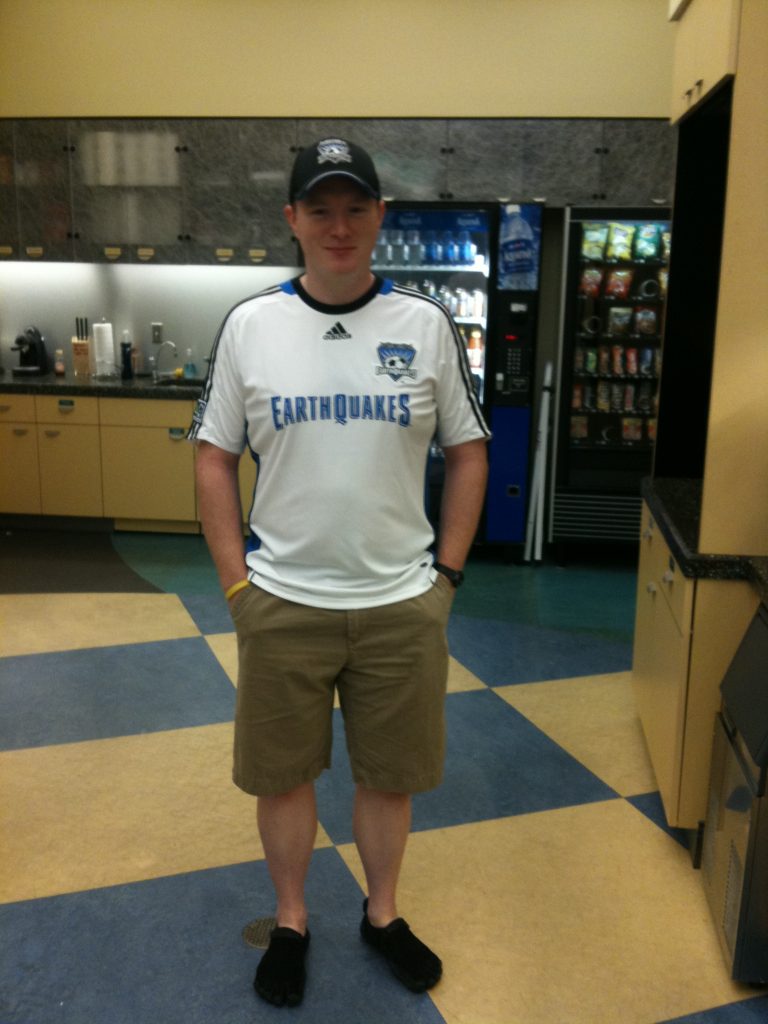 Kelly’s department actually appears to care about Halloween and their theme was something like the dark angels or something? Anyway, she looked cute with her wings and halo. 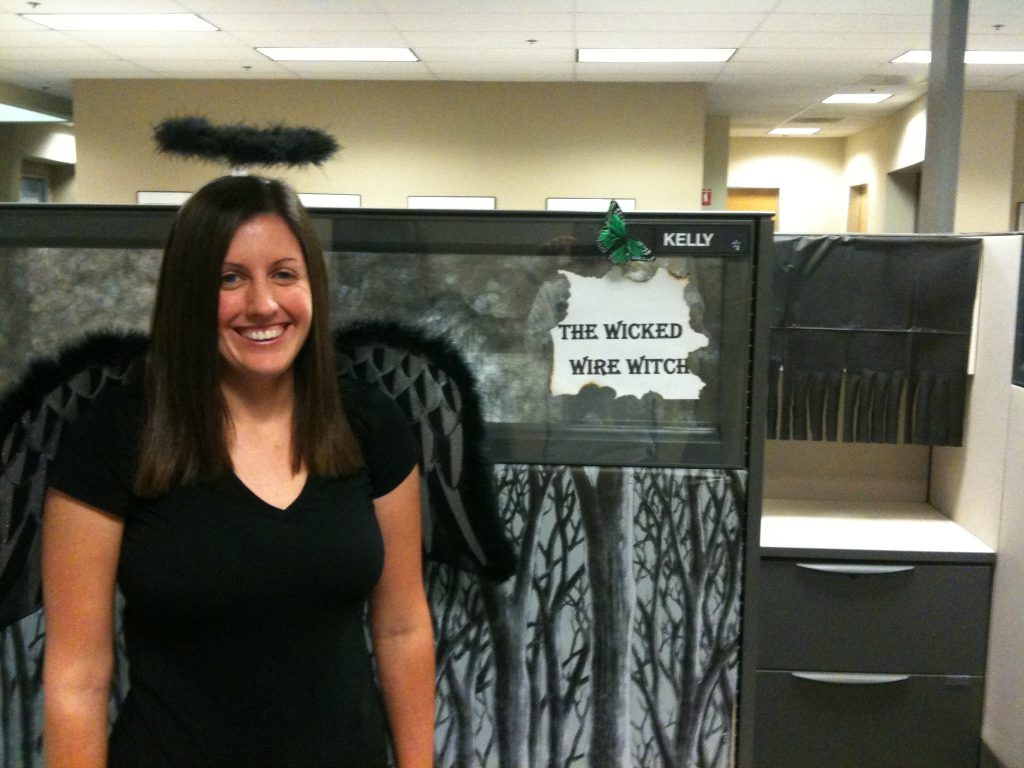 We had an exciting adventure race to go to on Saturday morning called the Warrior Dash! There was supposed to be a few people from work doing it but it looks like they flaked out on it. It is a 3.5 mile run and had 11 obstacles to do on the course.

Because of the mud pit there was no way I was bringing my camera with me… but I stole some photos people posted on their facebook walls. 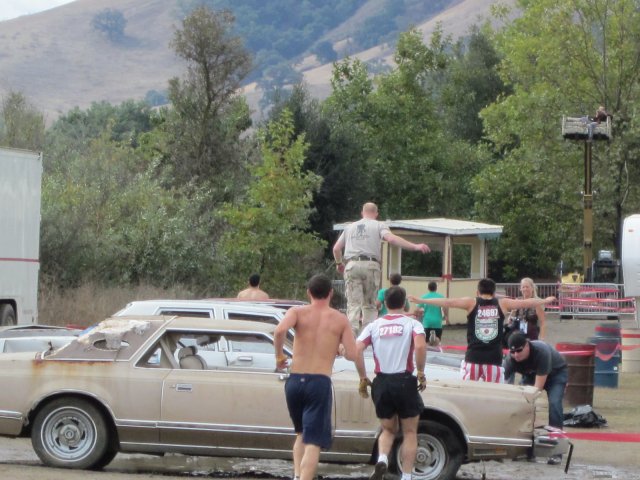 I took the route over the trunks! 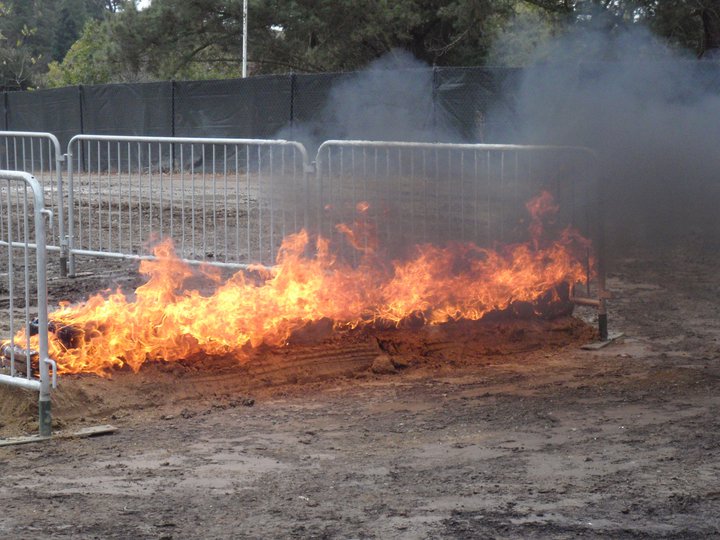 The fire pit, wasn't as scary as they made it out to be 😉 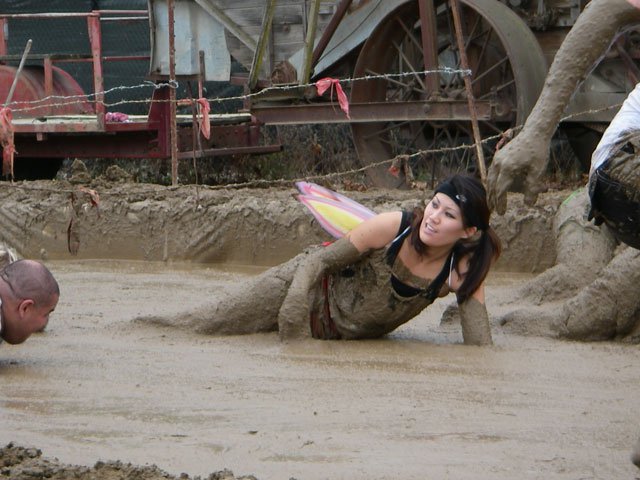 The mud pit was insane. I don’t know how they got the mud as thick as they did… it made the Muddy Buddy’s pit seem really easy to get through. The mud caked to my mesh shorts and made them very heavy and the second I stepped out of the pit my shorts fell down. Yep, standing there in my boxers. I pull them up and run and bam, down to my boxers again. So I said screw it and ran the last 15 feet in my boxers with my shorts around my ankles. People were cheering me so it wasn’t that bad I guess. Maybe I’ll post the photo when they put them on line if it’s there.

We headed to the fire hose to get washed off and changed. Then we celebrated our victory with a BBQ turkey leg and our viking hats: 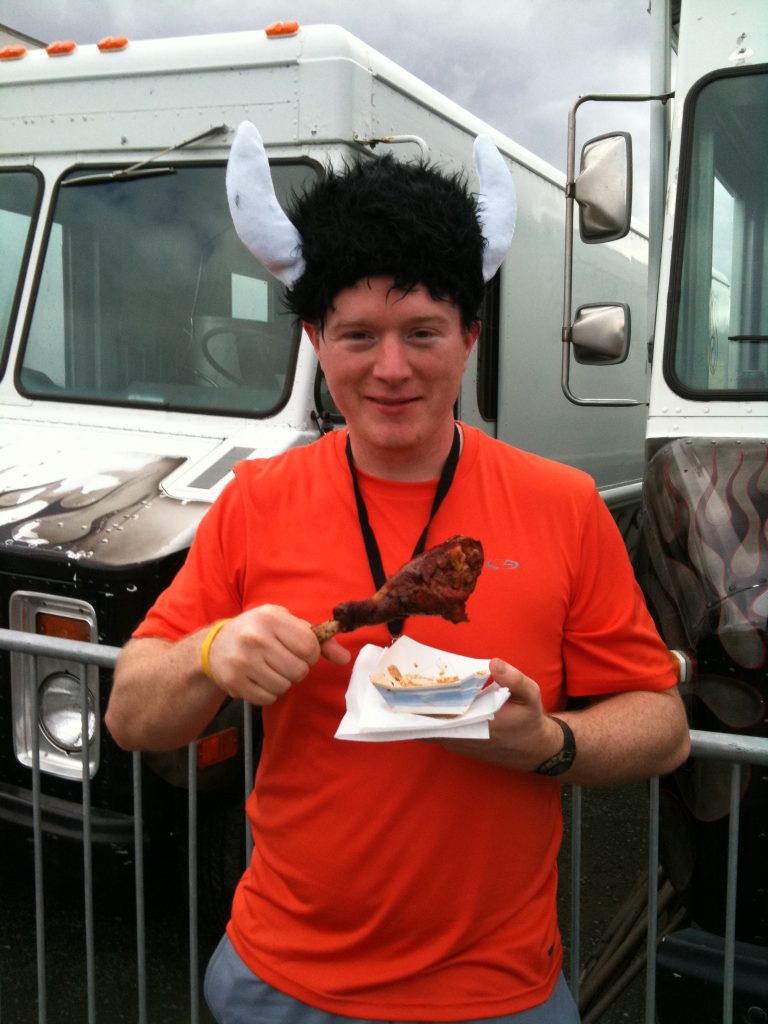 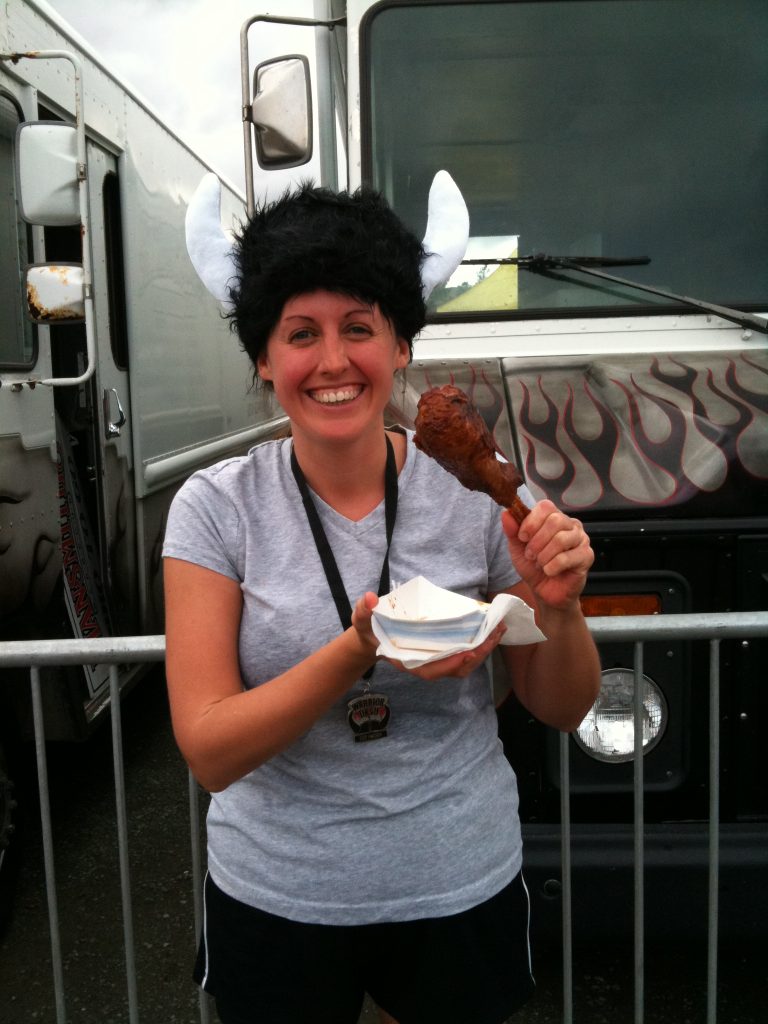 She's probably going to kill me for posting this.

There was over 5,500 people there… much larger than I expected. Hope to do more events like these in the future.

Unfortunately we couldn’t hang around because we had tickets for the San Jose Earthquakes vs the New York Red Bulls playoff soccer match that evening. San Jose lost 1 – 0 but it was still great to be out at one of the games.