I still keep reflecting on Ironman Texas and what things worked for me and what I need to work on. Here’s a few thrown together thoughts and photos that I have left over.

Oh! And the “Finisher’s Video” that I got.

Mike Reilly did in fact call me an Ironman at the finishing line, however the video didn’t capture that epic moment. 🙁

Here are some photos! 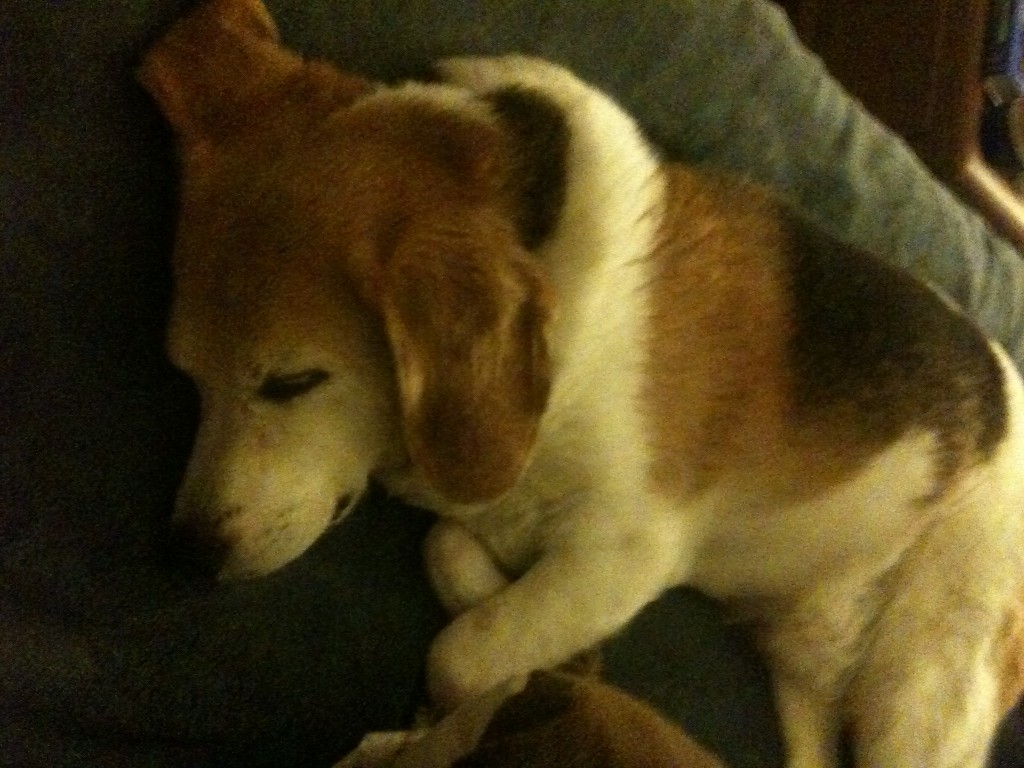 The worst part of these trips is dropping this guy off at the vet for boarding. Kills me every time 🙁 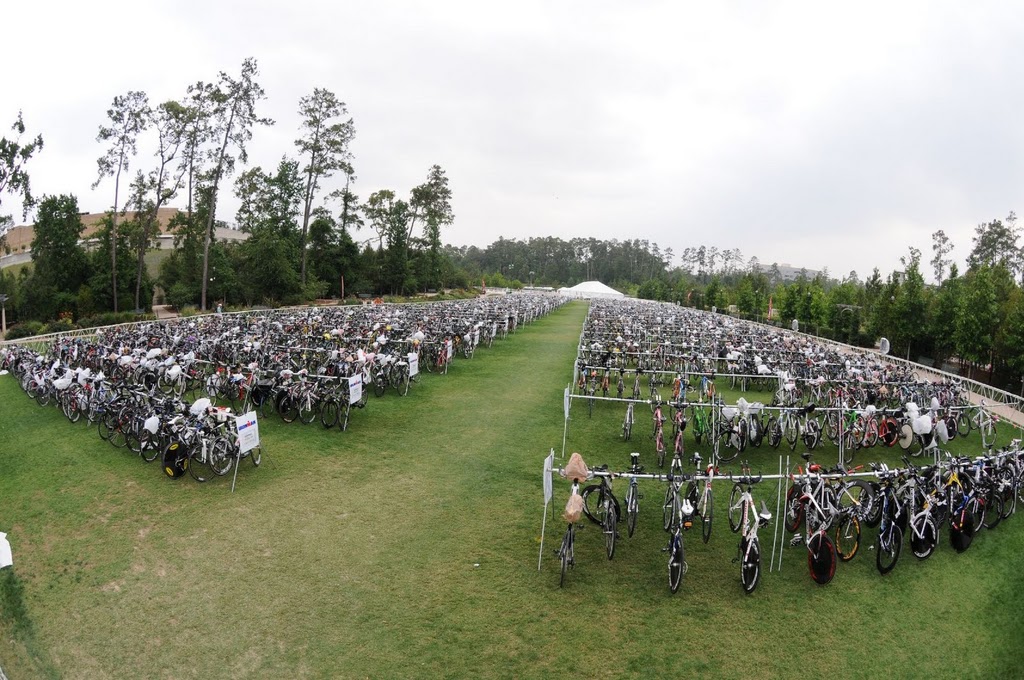 T1 at full Ironman events are very clean - much the opposite of most other races. 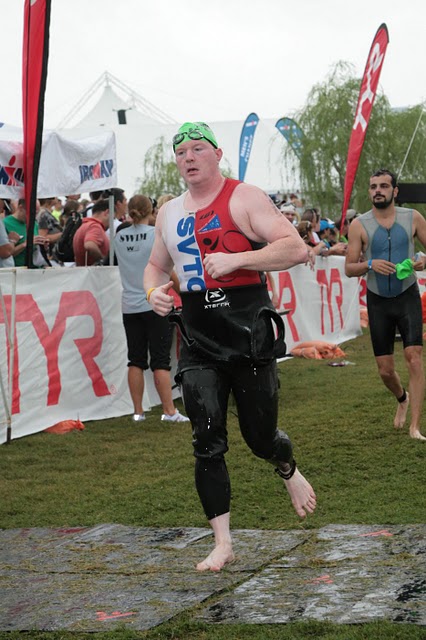 I think I was still a bit confused from the whole horizontal to vertical thing. 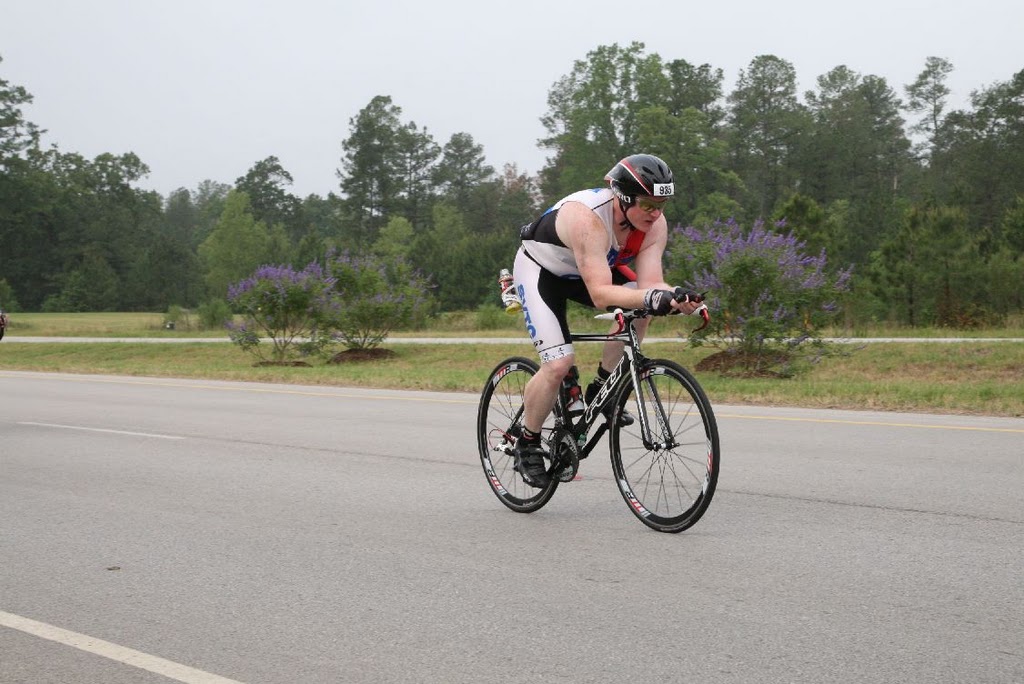 Happy with my fit so far, but I think I can likely start lowering my cockpit more. (Stop thinking that way, you dirty pervert.)

Oh god I could eat this every day for the rest of my life and I would die a happy (and very large) man.

What do I think I did right?

What do I think I did wrong?

I have many more things that pop in and out of my head that I wish I did differently but those are the main ones. I have to lay off that BBQ!

Will I do it again!?

YES. I’m already in the planning stages of picking a new venue for another challenge, and this time I’m bringing a partner. Kelly is going to join me on the next Ironman journey. Very excited and will post updates on here shortly.

I’m under the impression now that life is way too short to stay sedentary and indoors, so…

A triathlon in my backyard! They added a new long course (1 mile swim / 56 mile bike / 9 mile run) format for this year. I did the SVIT (Olympic Distance) last year and the recap is in this post.

I did a bit better than I was expecting, especially after the Ironman a few weeks earlier.

Total time ended up being 5:05:02. Honestly would have been happy with anything under 5:30.

This was Kelly’s first attempt at this distance and she did very well. She completed two sprints and an Olympic so far, so this was a big step up. 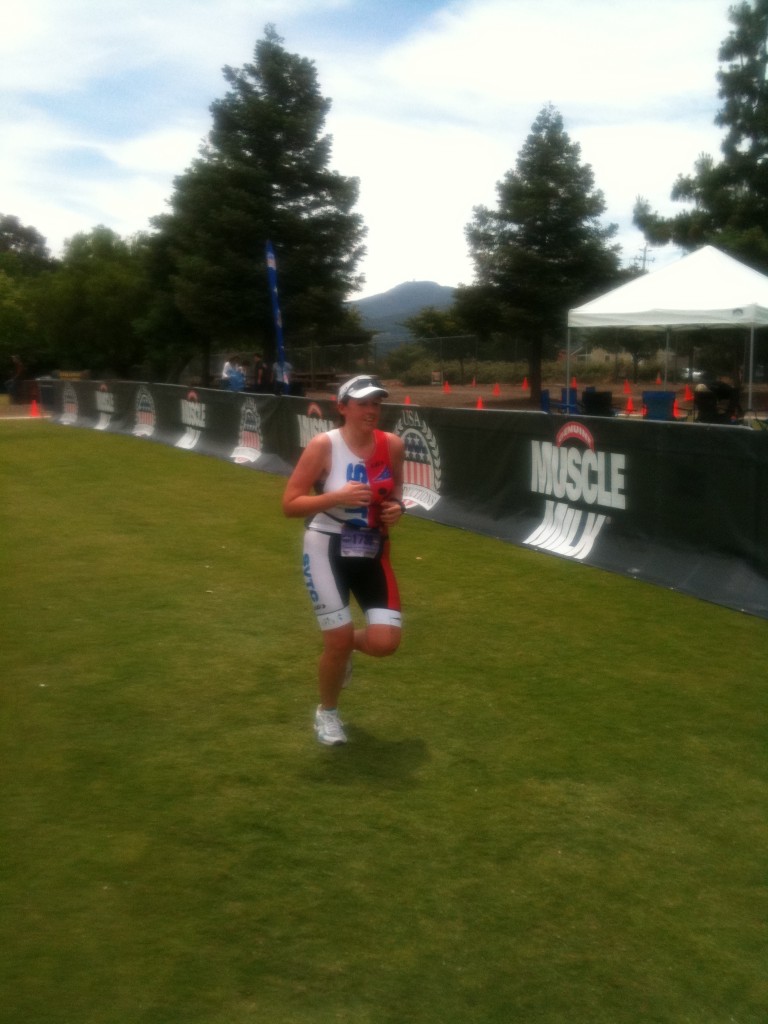 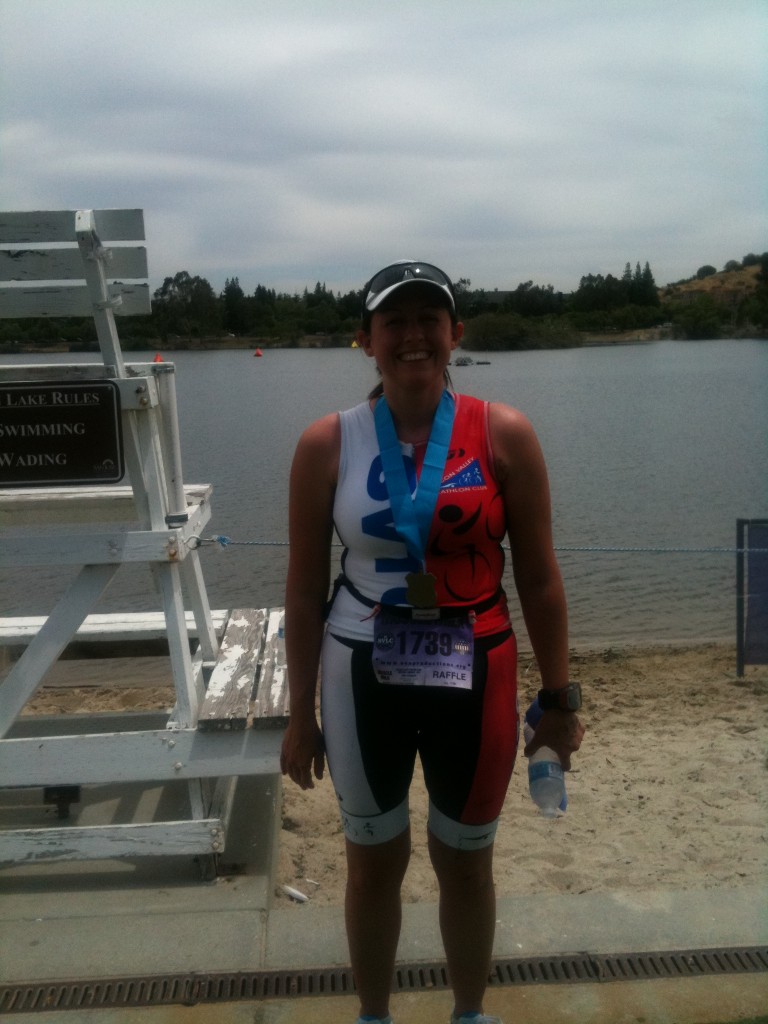 All done and gloating after finishing 🙂 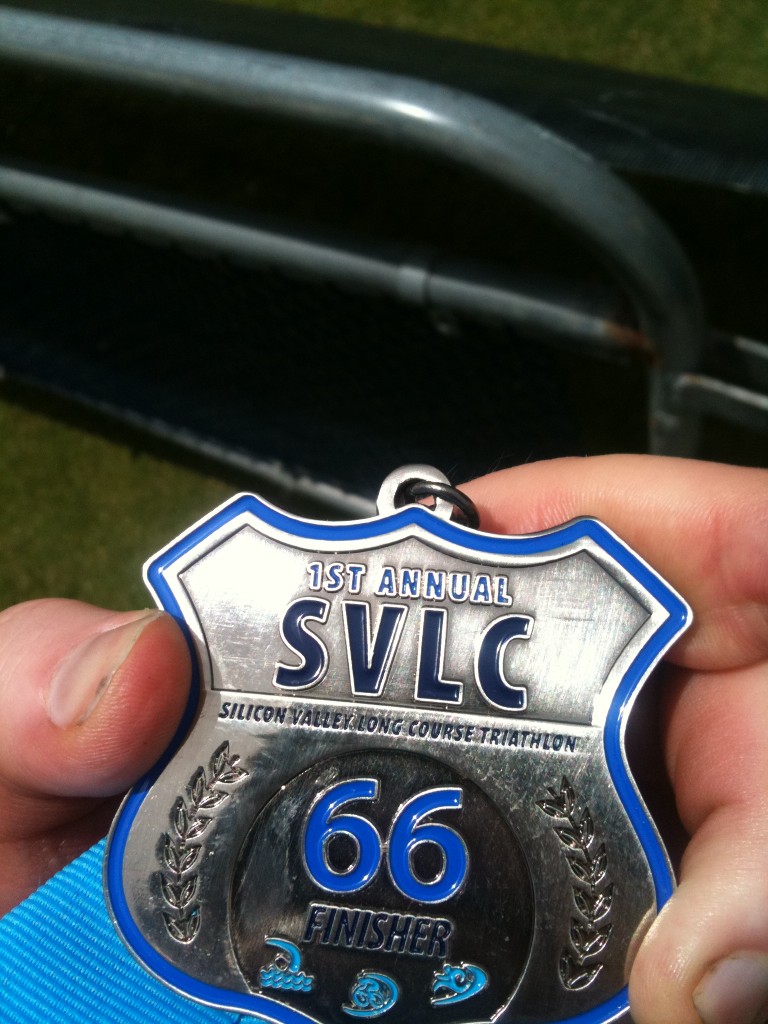 Whew, sorry for the big blast of random things flying around. Organization isn’t my cup of tea. I really don’t have too much going on until mid-July when the Vineman 70.3 is and I’m looking forward to getting revenge on my performance from last year!

For now it’s time to rest up… 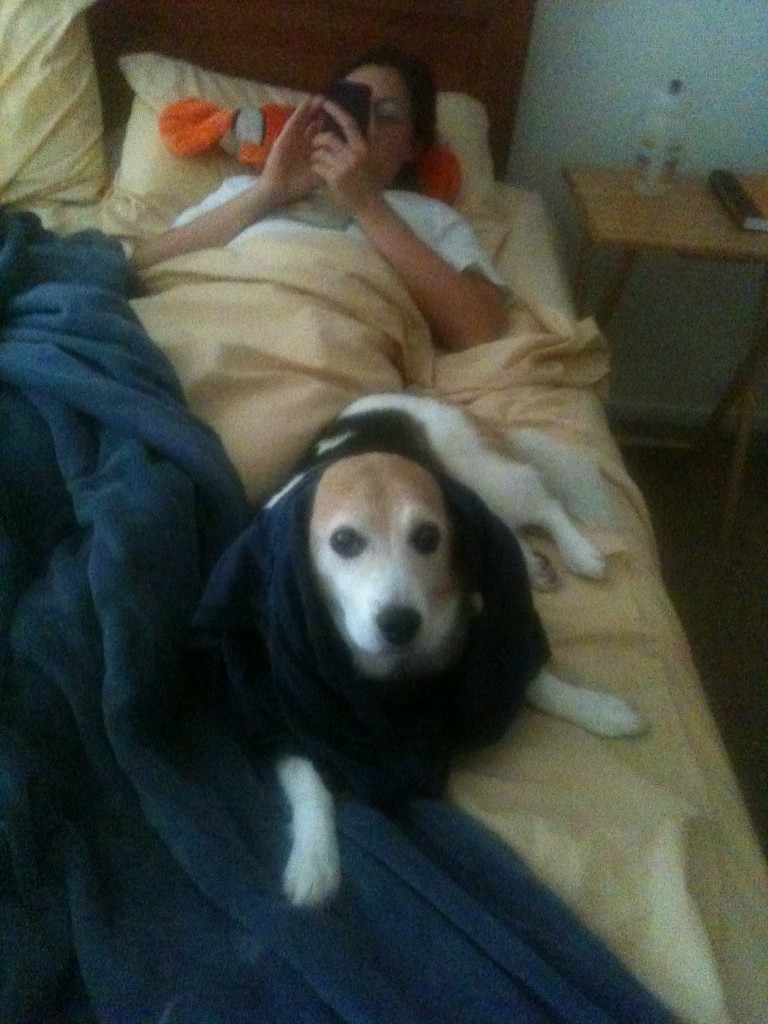 She's going to kill me for posting this, but I think it's hilarious.